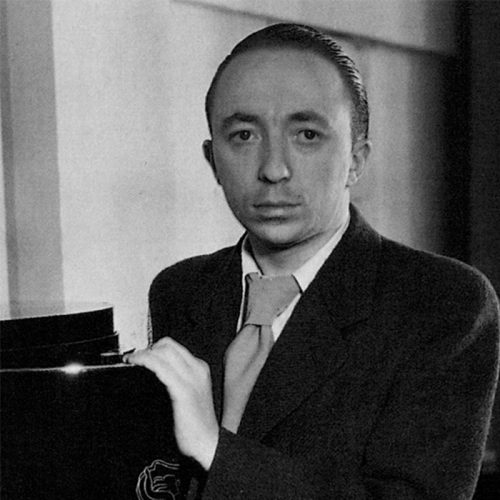 Coming from a family of cabinetmakers, André Arbus entered the Toulouse School of Fine Arts. At the 1925 Universal Exhibition, his first public presentation, he expressed his aesthetic commitments in favor of a return to the French trade and tradition. In opposition to the modern movement, he has the ambition to develop the revival of the decorative arts. During the International Exhibition of Arts and Techniques of 1937, he imagined The House of a French family for a modest family, certainly, but nevertheless wishing for furniture rich in ornamentation. He then acquired the status of leader of the young generation. After the war, he criticized the refined and sober aesthetics of the reconstruction. It was a prosperous period, rich in collaborations, particularly with the Mobilier National. The latter notably placed an order with him for the king’s bedroom for the Elysée palace. He participated in the restoration of the Château de Rambouillet at the request of Madame Vincent Auriol, as well as in the renovation of Provence and Brittany in the 1950s. He designed furniture sculpted in bronze for the “Génie de Paris” exhibition in 1952, for L’Appartement d’un collector presented in Brussels in 1958, and finally for Aimé and Marguerite Maeght.