Georges Frydman is a 20th century French designer whose creations are part of the functionalist and modernist current.

He has been able to combine architecture and design, but he has also managed to propose works of great modernity. Under the creative, publishing and distribution company he founded, beautiful pieces have emerged. He designed desks, buffets, chairs and tables.

Georges Frydman was born in France in 1924. He quickly became passionate about interior furnishings after meeting Le Corbusier, an architect and designer whom he admired. In 1954, he founded the Housing Functional Equipment, which became the COMPANY EFA. He then organized a showroom in Nice dedicated to his company, the journalist André Bloc noticed his work and praised it in his magazine L’Architecture d’hui. In 1966, Frydman received the famous René Gabriel Award, an award that pays tribute to designers of furniture lines in qualitative and economic series. 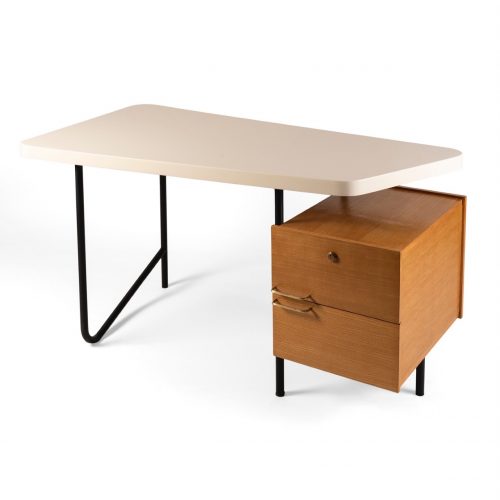