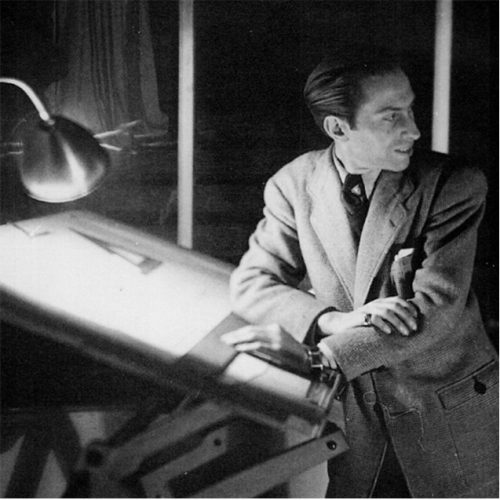 In 1937, Jacques Quinet was entrusted with the management of the branch of his stepfather’s furniture store. In 1941, he opened a decoration office on rue de la Pompe, while regularly visiting the craftsmen of the Faubourg Saint-Antoine, whose skills he admired. He works in particular with the cabinetmaker François Sebesta who introduces him to traditional woodworking techniques. In 1943, he received his first major order: furniture from the company Krema. He opened a space in the 17th century in 1946, both a gallery and a drawing studio. He collaborates with the ironworkers of art Gilbert Poillerat and Raymond Subes, commissions paintings and mosaics from Jean Bazaine and carpets from Pauline Peugniez. In 1948, he exhibited at the salon of interior decorators. Consequently, the orders flow, carried by a wealthy clientele attracted by its sober and classic modernism. The characteristic features of his style can be summed up in the elegance of the line, deceptive simplicity and perfect proportions. Jacques Quinet, by taste, was attracted to luxury furniture: he used rare woods, lacquered surfaces and bronze. He works for the National Furniture, various ministries, the steamers La Bourdonnais, Vietnam, France, the Pasteur. He deploys his talents as a decorator and architect for the Evian Water Company, Air France, Dassault and the SNCF. He received several distinctions, notably that of Chevalier des Arts et des Lettres. 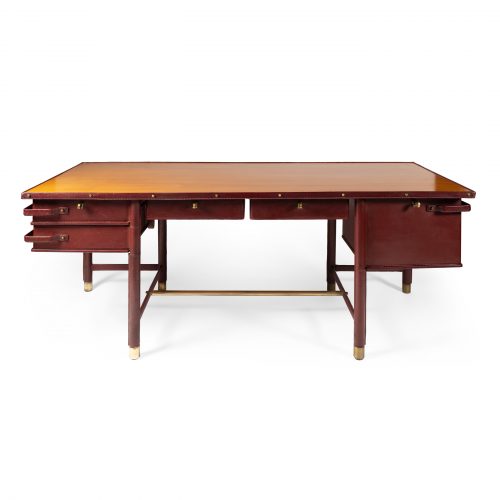