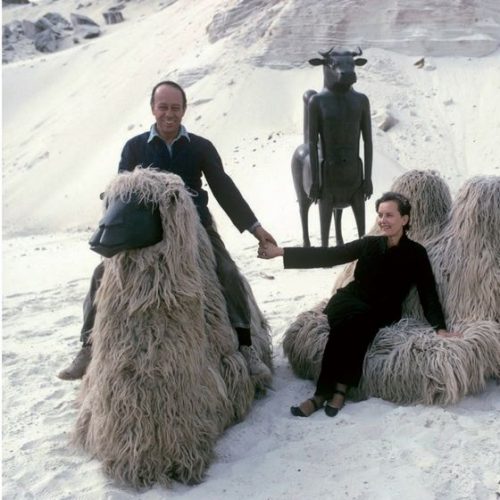 In 1949, François-Xavier Lalanne studied drawing, sculpture and painting in Paris, rubbing shoulders with Constantin Brancusi, René Magritte and Salvador Dalí. In 1952, he held his first personal painting exhibition in Paris. In the 1950s, he decorated the new Parisian boutique of Dior avenue Montaigne, with the young assistant Yves Saint-Laurent. In 1956, he decides to work with his partner Claude (1925-2019) 2,3, with whom he signs the Jardin des Halles, in Paris. He married Claude in 1967. François-Xavier Lalanne was first known for his sculptures of animals, domestic (sheep) or wild (rhinoceros), which he presented in a utilitarian conception of sculpture (rhino-secretary; box of sardines-sofa …). Animals are also the central subject of his engraved work (Ordinary Bestiary4, collection of plates prefaced by Patrick Mauriès). He is the author of the three bronze geese that adorn the market place with geese of Sarlat-la-Canéda, which was a fairground until the twentieth century, and where these farmyard animals were still sold until the 1980s. Until the end of his life, François-Xavier Lalanne lived and worked in Ury (Seine-et-Marne) 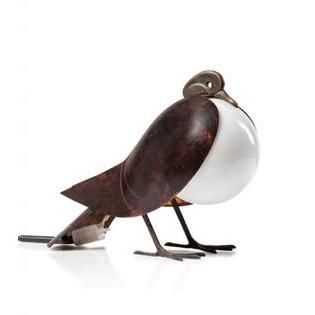 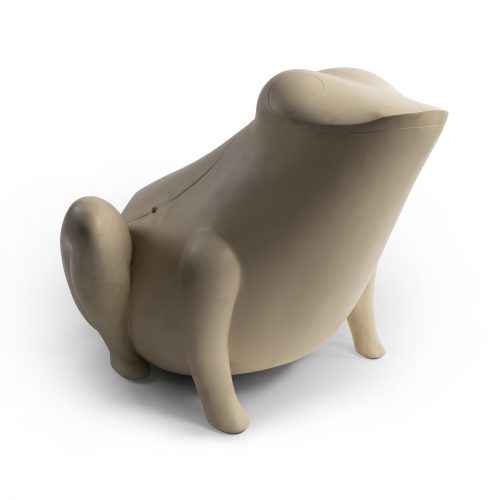